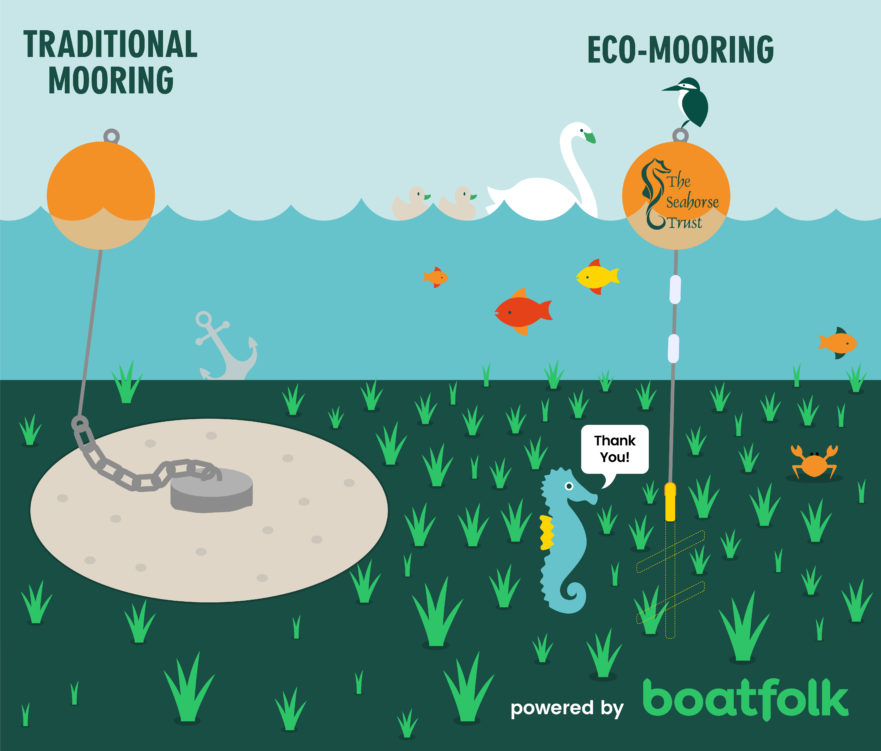 As part of our drive for ‘More Nature’ and our mission to repair the damage done we are delighted to announce that Less Plastic will be sponsoring 3 Eco-Friendly Moorings (EFMs) via our friends at The Seahorse Trust.

EFMs are not a new invention but they are largely underutilised. They prevent the damage done to the seabed by boat anchors and traditional mooring chains and help restore biodiversity by letting the sea grass recover – Sea grass is also an awesome carbon sequester! By having a very small footprint on the seabed (about 16cm) the EFMs allow the seagrass to grow right up it, giving a greater coverage of seagrass in the area resulting in an increased quality for a diverse range of species, such as the seahorses, which live in it. 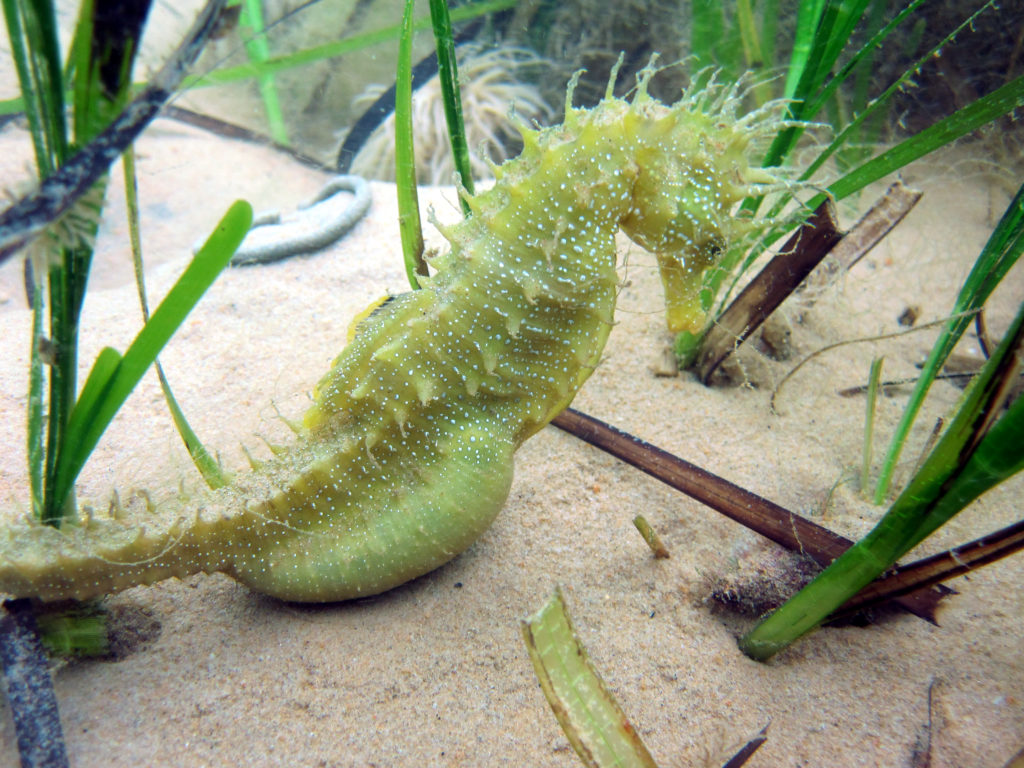 In August 2021, The Seahorse Trust along with its existing partners, installed an initial pilot project of 10 EFMs as the start of an ambitious long-term project at Studland Bay. Designated as a Marine Conservation Zone in 2019, after 12 years of data collecting and lobbying by The Seahorse Trust and its partners, Studland Bay is very important for its seagrass meadow and population of Spiny Seahorses, both of which have been affected by an increase in boat traffic visiting the site. 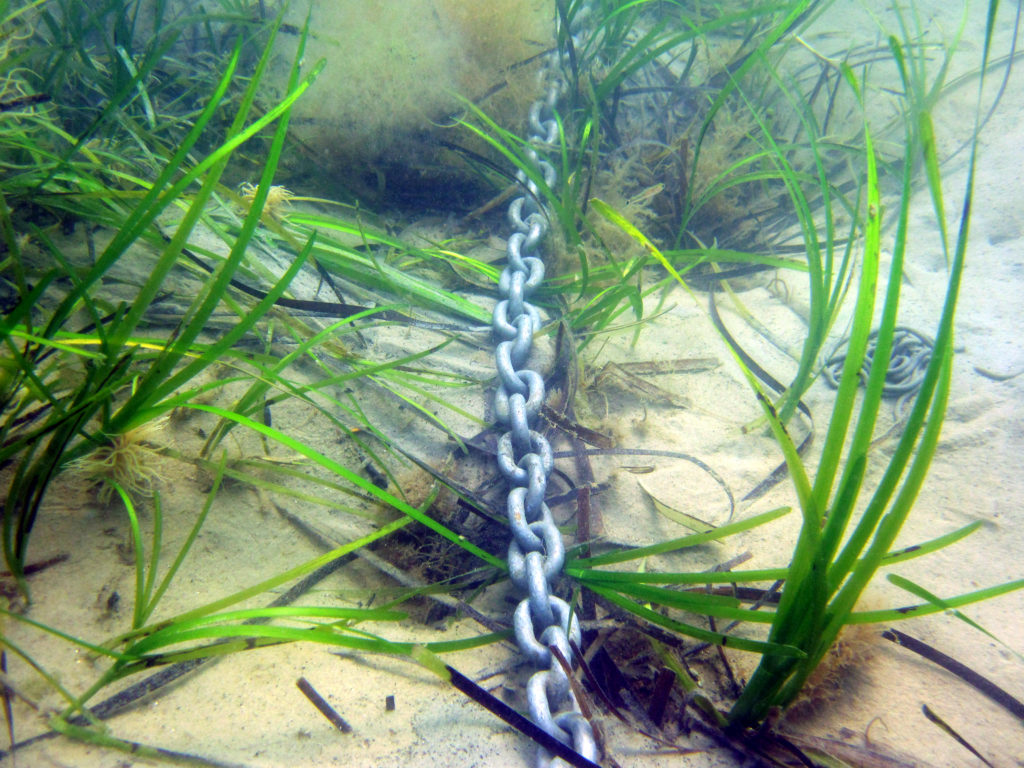 The Less Plastic sponsored EFMs will be deployed in Studland Bay as part of the second phase of 10 more EFMs taking further pressure off the site and allowing recovery to more favourable conditions.

We have been introduced to the concept of EFMs by our friend Neil at The Seahorse Trust. Neil is passionate about the protection of these wonderful creatures and their environment which is why driving increased deployment of EFMs in Studland Bay and across the UK has become a key part of his mission. 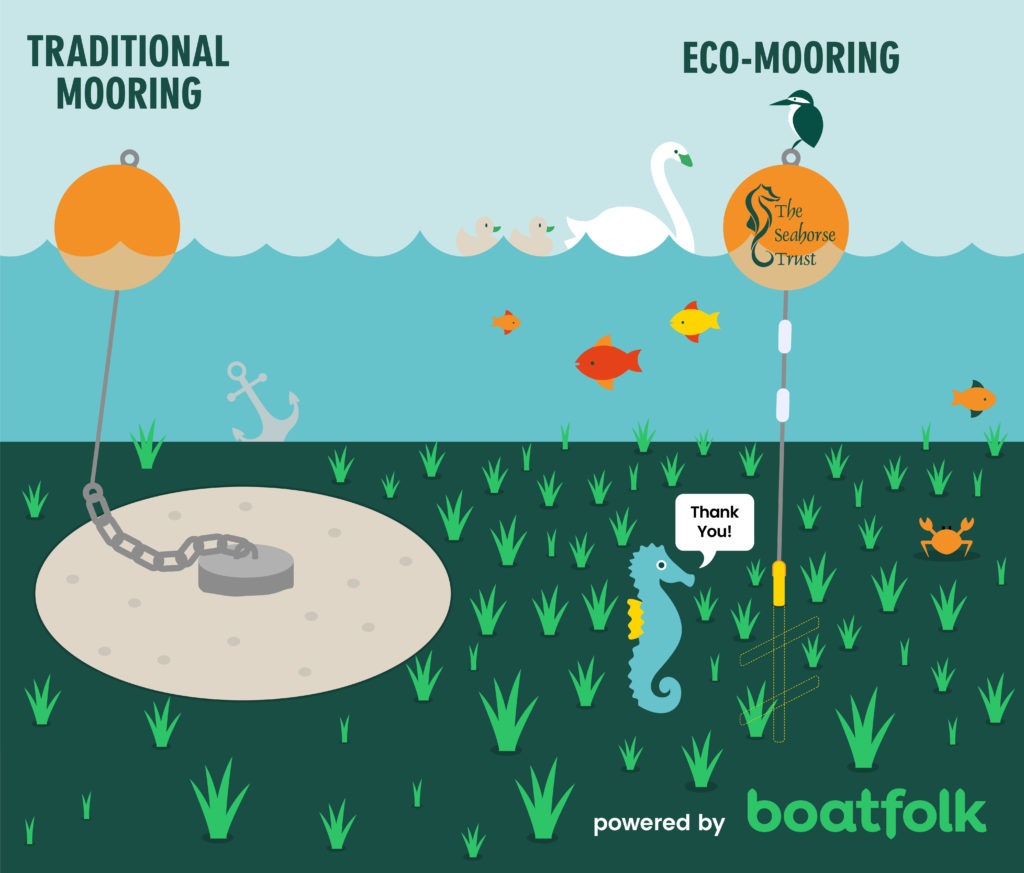 Neil says ‘We are delighted Less Plastic have decided to sponsor these moorings. This pilot project is vitally important because we need to push on and protect this amazing habitat which is home for Spiny Seahorses and so many other highly important commercial and non-commercial marine species. We only have 1% of seagrass from 100 years ago and what is left is in a poor or degrading state. Time is running out for our natural world and so direct, positive action like this is perfect to bring back a natural balance to these underwater ‘rain forests’ that have so much diversity and life in them. If it was not for friends and partners like Less Plastic, we could not have achieved what we have so far. It is a true working in partnership with nature and thank you to everyone involved for their help and enthusiasm .’ 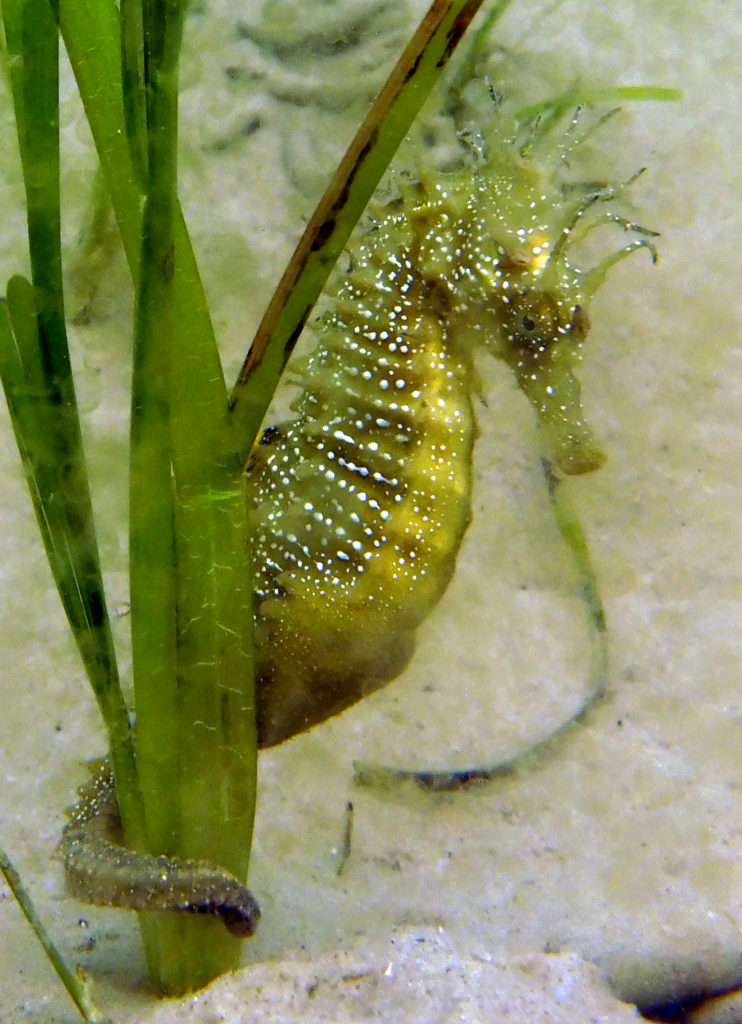 A seahorse anchors itself to seagrass using its flexible tail