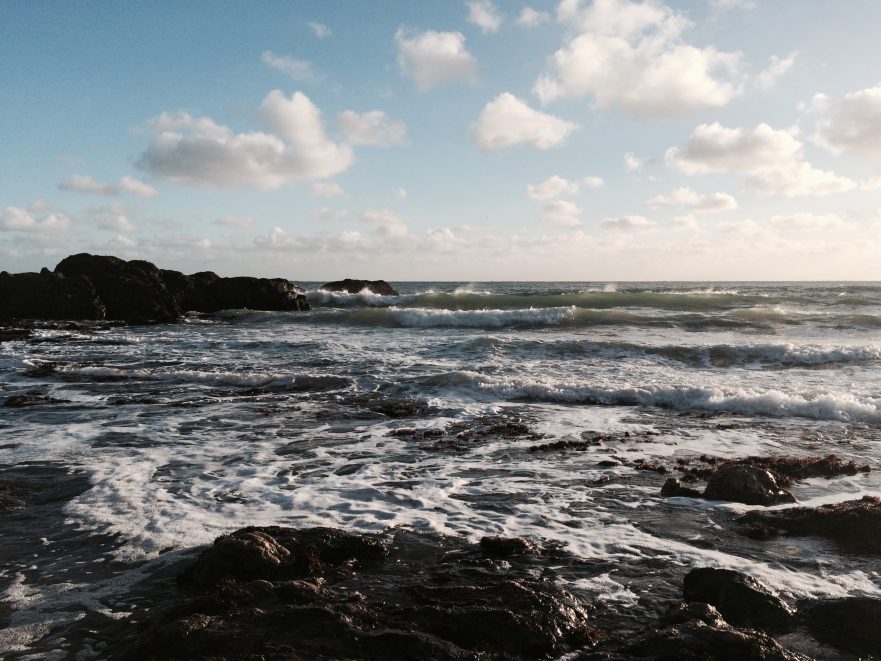 Imagine you’re in a small boat, in the middle of the ocean. There is no land in sight. The waters here are deep and churning, and seemingly bottomless. They’re also teeming with life.

There is a whole ecosystem thriving below you. One that has been evolving for millions of years, perfectly balanced, and serving all the species that form part of it.

There are weird and wonderful underwater landscapes stretching out beneath you – steep submarine canyons, soaring seamounts, and deep-sea cold-water coral reefs – each strange world attracting abundantly diverse creatures, co-habiting beneath the surface.

From microscopic plankton, to shrimp, sea cucumbers, schools of darting fish, octopuses, turtles, dolphins and enormous, majestic whales – the ocean is home to an awe-inspiring spectrum of biodiversity, much of which is still hidden in the depths, undiscovered.

Humans, too, have a deep affinity with this vast expanse of blue, possibly due to our evolutionary past. Most people love spending time by the ocean, whether in the water, on the water, or enjoying the beautiful coastal landscape.

However, it’s not simply the ocean’s relaxing, recreational and aesthetic qualities that are important to us. The ocean also produces over two-thirds of Earth’s oxygen, generated by plankton and other tiny marine plants. Therefore a healthy, thriving ocean is crucial to our very survival.

The ocean makes up 70% of the surface of our planet, and for a long time, its immense size has seemed infinite to humans. It has felt like we could put anything in, without consequence, and it would be ‘a drop in the ocean’. But with 7 billion humans on the planet today, consuming and disposing at perpetually accelerating rates, this is no longer the case.

When you imagined the wild, open ocean from your little boat, did you also picture a selection of discarded plastic debris bobbing around in the waves before you?

Worse than the recognisable items are the countless smaller pieces of plastic. Fragments broken up by the waves, but just the right size for a mother bird to feed to her young, unwittingly stuffing their stomachs so full of our indigestible synthetic waste that they starve to death, unable to extract any of the nutrients they need from their plastic dinner.

Every single marine species, every link in the chain that makes up the incredible underwater ecosystem, is suffering from the massive man-made problem of plastic in the ocean.

Plastic is an indestructible material that should never have been seen as disposable. Once we throw it away, nature has no way to break it down. It’s sobering to think that every single piece of plastic ever made still exists somewhere on the earth today.

Plastic in the ocean entangles, chokes, strangles, starves and poisons. It absorbs other pollutants in the water, intensifying its toxicity. It breaks down into increasingly smaller pieces that outnumber plankton in some places. It is eaten by the fish and seafood humans like to eat. Plastic is a ticking time bomb for ocean health, and human health too.

Yet, despite the harm plastic causes, half of all the plastic produced today is intended for single-use purposes. Created for an average of 12 minutes of usefulness, then destined for generations’ of environmental impact, harming innumerable creatures and humans on the way as it slowly breaks up, but never disappears.

Currently, recycling doesn’t offer an adequate solution to our plastic problem. Only a tiny fraction of the plastic we produce is effectively recycled. There is certainly scope for manufacturers to create closed loop systems that will eliminate non-biodegradable waste, but we aren’t there yet.

In the meantime, our oceans are filling up with plastic waste. Every minute the equivalent of a truck-load of plastic enters the sea. Much of this will be items that many of us use regularly, if not daily.

If you buy water in single-use plastic bottles, coffee in a disposable cup, or food in plastic packaging, you are contributing to the problem.

Your disposable plastic will end up in the ocean too, where it will stay until long after you have gone. You’re buying into this version of the world and creating demand for more to be produced. It’s a vicious circle that we need to work together to break.

As I said, there are now 7 billion people on this planet, and growing. It seems obvious that we can’t keep doing this.

Or, we can keep doing this. But, take a moment to picture what the view of the ocean from your little boat would be if we do…

You wouldn’t be able to see through the thick layer of plastic debris to the sparkling water below. When thinking of the incredible creatures inhabiting our ocean, you would know that most have become extinct – unable to survive in waters littered with the escalating accumulation of indestructible plastic waste. Fish would be permanently off the menu, and a plastic smog would overwhelm the plankton we rely on to produce the oxygen we need.

How long would we survive if we don’t turn the tide on plastic now?

We have a stark choice which we have to make without delay.

Continue believing that speed, convenience and a disposable lifestyle take priority, or acting now to protect our health, the health of the ocean, and the creatures that inhabit it.

Make a pledge to turn the tide on plastic today.

Here’s what you can do:

There’s already more plastic out there than there should be.

Will you do what it takes to turn the tide on ocean plastic?